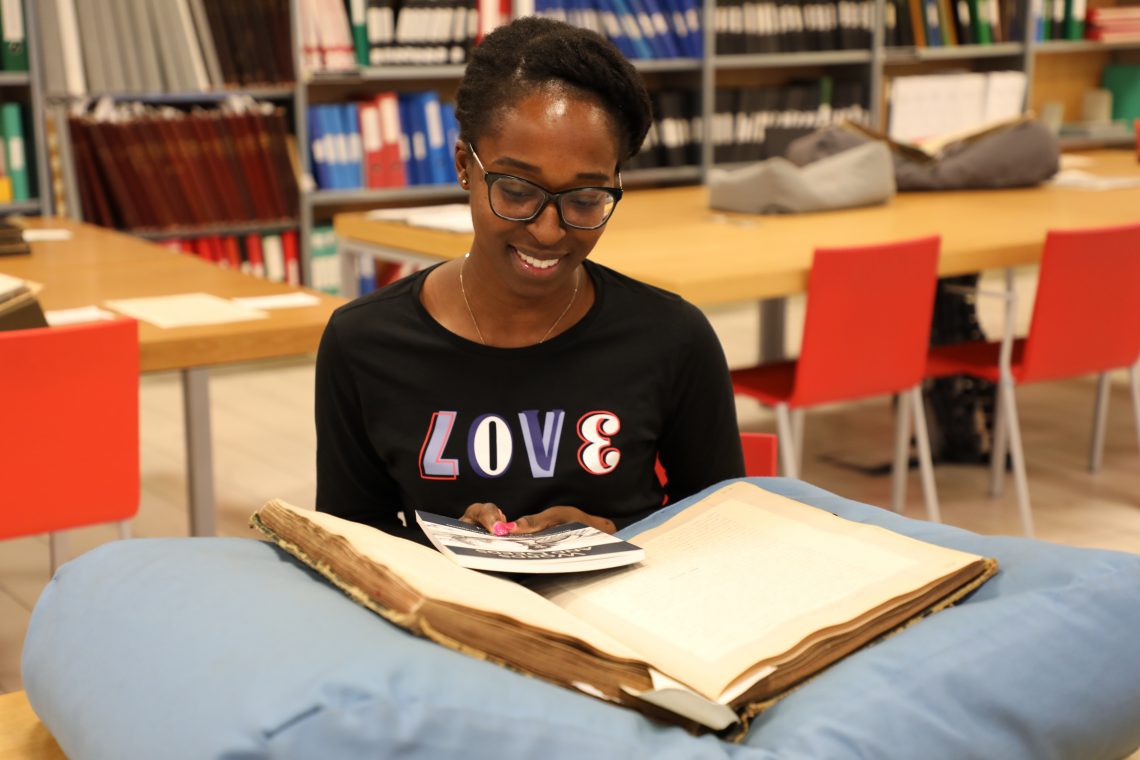 On Saturday 23rd November, the People’s Heritage Co-operative held a Creative Writing workshop at the Library of Birmingham, with historical novelist and biographer, Fiona Joseph.

The Represent project is dedicated to engaging in creative, artistic ways of exploring the impact of gaining and using the vote, from 1918 onwards. Inviting the brilliant Fiona Joseph to lead a creative writing workshop provided a great opportunity for members of the community interested in exploring and representing archival material in innovative, exciting ways.

The material that Fiona, Archives and Collections Manager Corinna Rayner, and the People’s Heritage Co-operative, had selected, was based around the issues of housing, health, and women as new voters, as well as their continued activism.

It was great to explore the variety of reasons participants had for attending, and what they all aimed to get out of the workshop. Some attended to help aid independent projects they had been working on – for example one woman was conducting a project based on the healthcare sector, which the archive had a whole book dedicated to, whilst another lady wished to use the knowledge she gained during the workshop to further discussion in the community group she led. Others attended to reignite their love for creative writing, or to explore their interest in archives, which have huge relevance to the modern political climate. The mood from the start was one of great enthusiasm, and everyone made interesting, valuable contributions throughout.

We spent the first half of the session exploring the variety of great archival materials, including 1918 election propaganda, newspaper articles, pamphlets and photographs. Corinna explained how to use the archives most effectively, and gave a little background information for each document, before leaving the group to take a closer look at the materials they found most interesting.

Whilst exploring the archives, the group noted a number of interesting similarities between the rhetoric and themes present in the election materials of 1918 and the upcoming general election. This sparked some fascinating discussions about the lack of real progress British society has made, with issues such as housing shortages remaining an acute sociopolitical problem and focus for election propaganda.

After lunch, the group began collating the ideas they had developed through reading the archives, and writing their creative piece. Some created character profiles, others wrote letters, or short stories, all based on a specific theme, person, or profession, that jumped out to them. The group shared their work at the end of the day, and Fiona gave her highly valuable feedback.

One fantastic response was the beginning of a short story, inspired by a postcard photo, of HMP Winston Green, as well as Nicola Gauld’s book ‘Words and Deeds: Birmingham Suffragists and Suffragettes 1832-1918’. The emotive piece drew on the harsh treatment of the women at the prison. Another response inspired by ‘Women Workers’ magazine, was a letter written to a relative. It wonderfully drew on the struggles faced by munitions factory workers in juggling work with childcare, and spoke of the ‘new girls’ coming down from the potteries.

Despite being short pieces of writing, the participants expressed their desire to continue writing, and hopefully submit their work for publication as part of the ‘Represent’ project and on the Library of Birmingham Archives and Collections blog!

The workshop was altogether a highly useful, fun and informative day, and we look forward to seeing the finished products of creative writing! 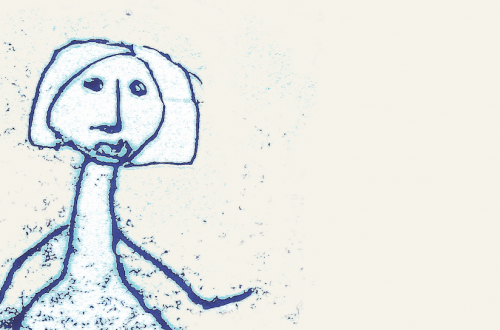 Help us raise our banners high! 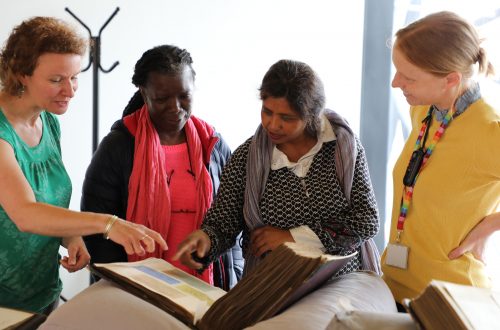 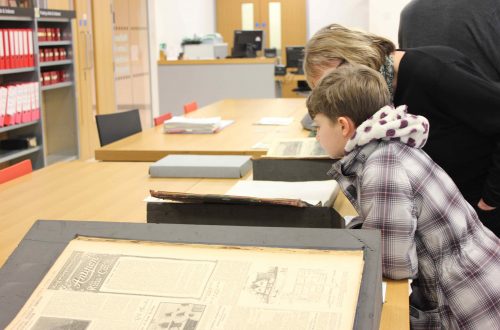 Project Launch to mark a Centenary of Women’s Suffrage