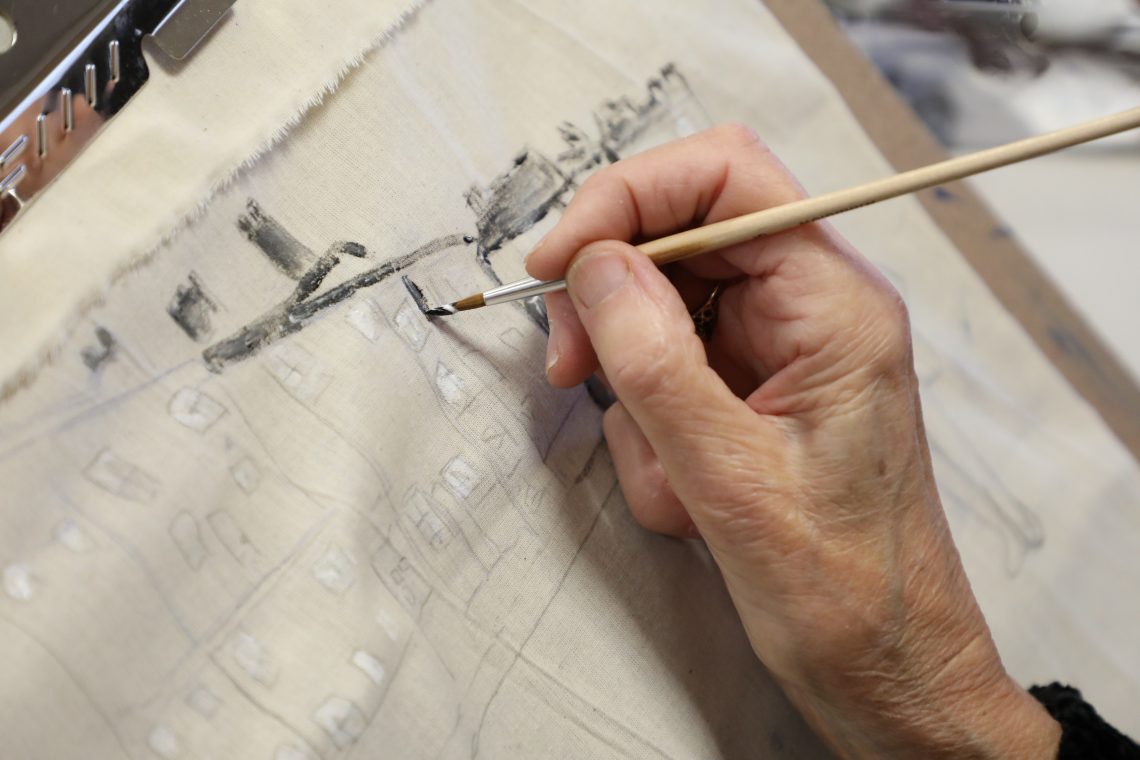 The Monday Morning Coffee Group at Edgbaston Community Centre have been working with Artist Carolyn Morton to creatively ‘Represent’ their ideas surrounding the impact of gaining, and using the vote, 100 years on. University of Birmingham student intern, Sophie Brenner writes about their journey over the past few months.

Back in September, the Represent project staff worked with community participants to develop a brief for an Artist commission. From a number of applicants, the groups picked the Artist whose work they liked best, and who they felt would best deliver their hopes for a creative project.

Carolyn started by focusing the group’s attention on whether the group would have gained the vote themselves under the terms of the 1918 Representation of the People’s Act. Using the stimulus of materials from election campaigns, propaganda, and photographs of housing from 1918, as well as written facts about the Representation of the People’s Act, the group created collages, using cut outs of pictures, chalk and paint.

The group wanted to represent the history of the area where many have lived their whole lives, as the issues surrounding democracy and housing directly impact them. In the next session, Carolyn brought pictures of local housing from around 1918 up to the present day. The group used carbon paper to transfer their chosen picture onto fabric, then tracing the outline of a figure into the setting, and finally using paint to create depth and texture to their work. The group had previously agreed to use housing as a ‘backdrop’ and wanted it to be monochrome. Their figures will be appliquéd in colourful felt, each with a smaller image or icon to link their individual memories, concerns or experiences.

Carolyn and the ‘Represent’ team went round discussing ideas with members of the group, encouraging them to construct their individual icon/ images. Some selected pictures of roads that meant something to them, for example one woman picked the road she lived on with her husband, and used the figure to represent her husband. Another focused on the changes in the use of the streets, based on a time her grandchildren were told they shouldn’t play in the roads, which of course was very different from the time the images they were drawing were taken. The groups’ work will be brought together by Carolyn, in the form of a long banner, to be displayed at the exhibition in 2020. Carolyn said:

‘Co-creating is always a balance between honouring what participant’s create and making something that all the participants feel proud of. Six sessions is not long to fulfill the ambitions of the group, so a large part of my role is to use my skills to enhance what the participants have made.‘

The artistic activities really provoked the group to share their own experiences of political participation, working life, and changes in housing in Birmingham over the course of their lifetimes.

The sessions have been a brilliant way of exploring the impact of gaining the vote and the push for political change, especially through the connections the group have made with the present day, working with art really helped the group understand the core ideas of the ‘Represent’ project – that gaining the vote was not the end of the story. It is highly important to examine how people responded to these new political opportunities and responsibilities in the post war context, of inadequate housing, lack of secure employment (particularly for women), and mass social change. These ideas really came through in the art the groups created.

Carolyn really grasped the requirements and creative ambitions of the community groups, and really connected with them on a personal level. It is fair to say that the group have had a really enjoyable, positive experience during these workshops, and would welcome similar activities in the future!

Look out for the showcase of the final piece in early 2020! 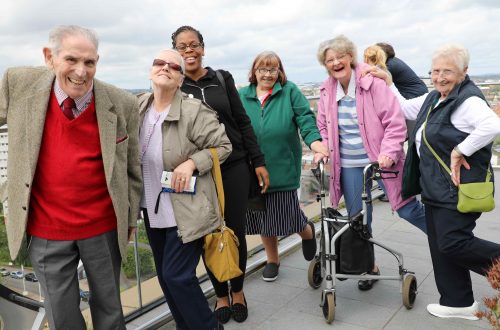